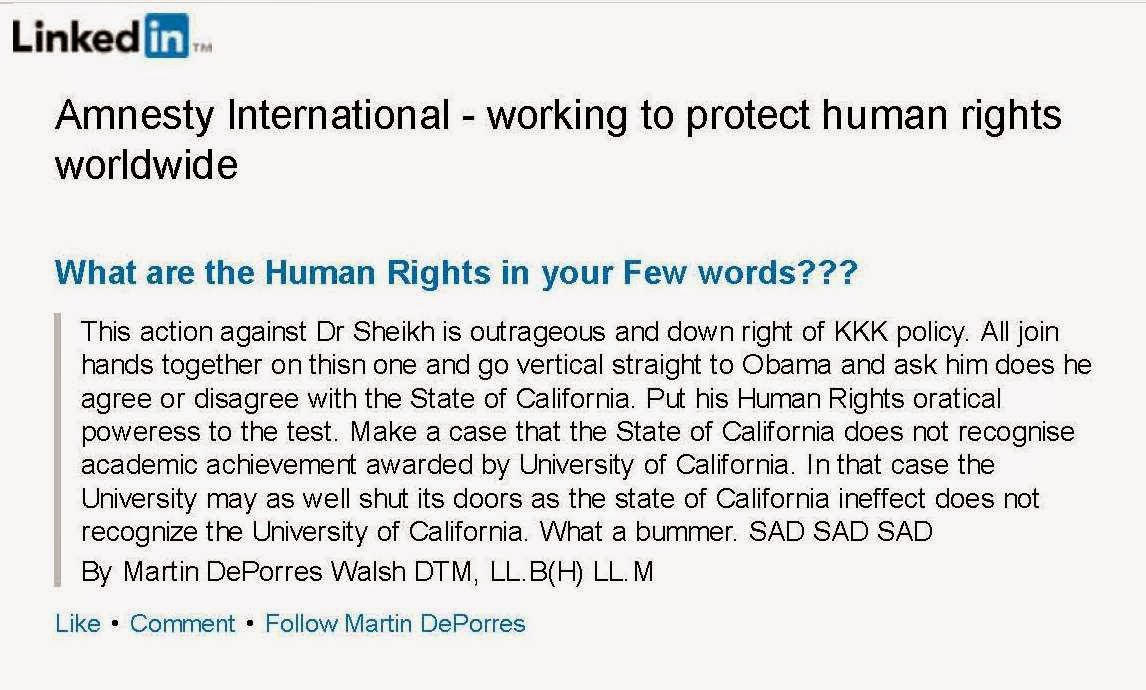 Dr. Sheikh completed her Medical Residency and received a Residency Completion Certificate from University of California. Before that, she worked at University of Texas and at Stanford School of Medicine.  Dr. Sheikh was recognized as a compassionate, hardworking and intelligent physician by Patients, Doctors, Professors and Residency Program Directors.

Dr. Sheikh briefly presented some of her experience before California Senate during May 2013. 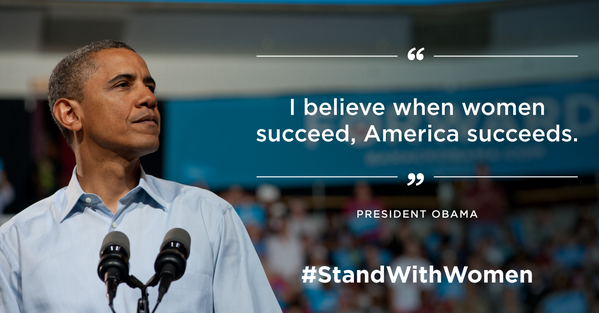 Considering the challenges and important of their success, President Obama has endorsed Equal Rights for women. Dr. Sheikh's example reflects one of many challenges encountered by American women. Dr. Sheikh is deprived of Equal opportunity that needs everyone's attention. I believe, when Dr. Sheikh succeeds, America succeeds.