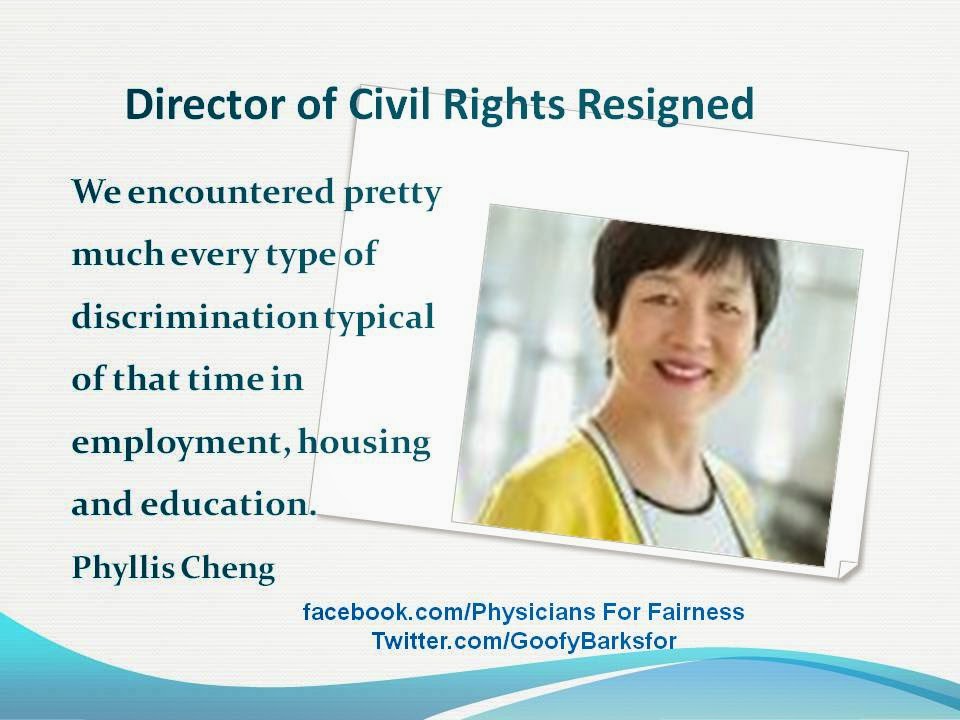 Phyllis W. Cheng was Director of the California Department of Fair Employment and Housing (DFEH). She was appointed in January 2008 by Governor Arnold Schwarzenegger, and was retained by Governor Brown.

The announcement of Ms. Cheng's Resignation and appointment of an interim Director came on October 3. On October 6, 2014 Ms. Cheng announced to join a law firm DLA Piper in Los Angeles.

The rumors of her resignation circulated for a while.

Phyllis Cheng should resign immediately Issues were brought to her attention on many occasions she stubbornly persisted with bad leadership
— Civil Rights Workers (@DFEHInsider) December 18, 2013

Dr. Sheikh completed her medical residency but she could not practice Medicine as California Medical Board would not issue her the license. The laws mandate that a qualified doctor cannot practice his/her profession without a license.

The County Hospital also took Dr. Sheikh's home by police force and yet filed a second lawsuit to take possession of the same home.

Dr. Sheikh followed up with Ms. Cheng during her visit to San Joaquin County.


Laws for Dogs
Ms. Cheng and her Civil Rights Agency extensively explored different sets of laws applicable to service dogs demonstrating their passion for Dogs. She authored a comprehensive study on various laws relevant to Dogs that was well advertised. Such research was conducted because;
“The inconsistency can trap unwary travelers, business, airports and airlines." 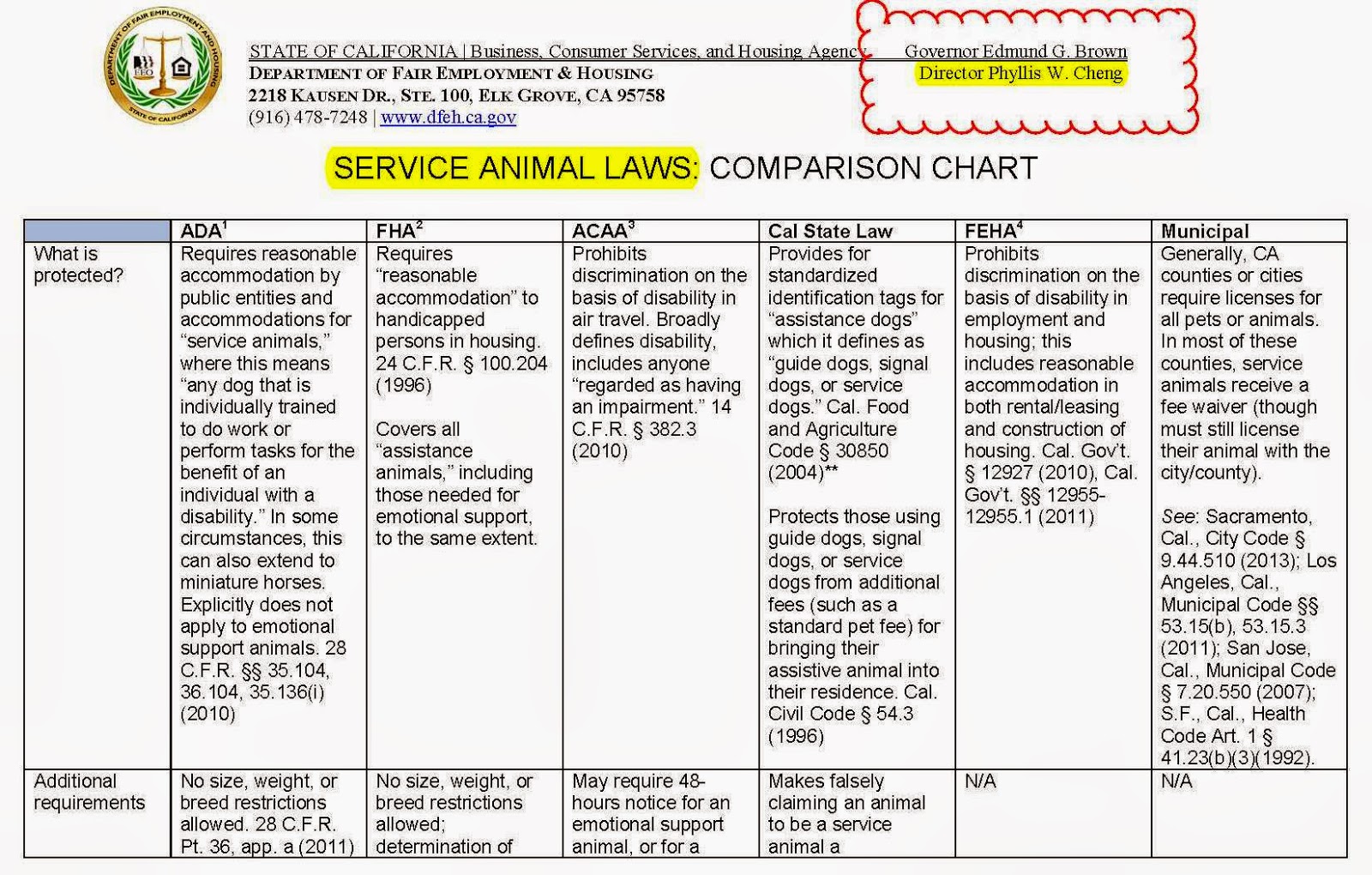 Here is a complete chart that was prepared on Laws for Dogs.
Laws for Doctors

When Ms. Cheng announced her detailed study “clearing up the laws for service animals”, on social media there was a mixed response from legal professionals. Mr. Sheikh wrote,

“This is laudable that the Civil Rights Agency has taken this initiative. Though the article explains only Laws relevant to Service dogs etc., the important point is that the agency got to start somewhere.

I have been seeking clarification on “Laws relevant to Physicians and Medical Board of California” for a few years. I hope that California’s Civil Rights Agency may consider looking into those laws (or clarifying). I’ll be pleased to assist”. “Modern Era of Discipline of Physicians”

A first generation immigrant
By her own account, Cheng was born on a midwife’s kitchen table in Hong Kong during a typhoon that just so happened to take place on the Fourth of July. Cheng quips;

Following the auspicious timing of her entry into the world, 10 years later, Cheng left Hong Kong with her mother, who had fled from Communist rule in China. The two immigrated to the United States during the Kennedy administration.

“This country was really different in those days, and even though there were some civil rights laws, they were really just formulating. We encountered pretty much every type of discrimination typical of that time in employment, housing and education,” Cheng explains. “I think I was the only Asian in my class and maybe one of two in the entire elementary school.” 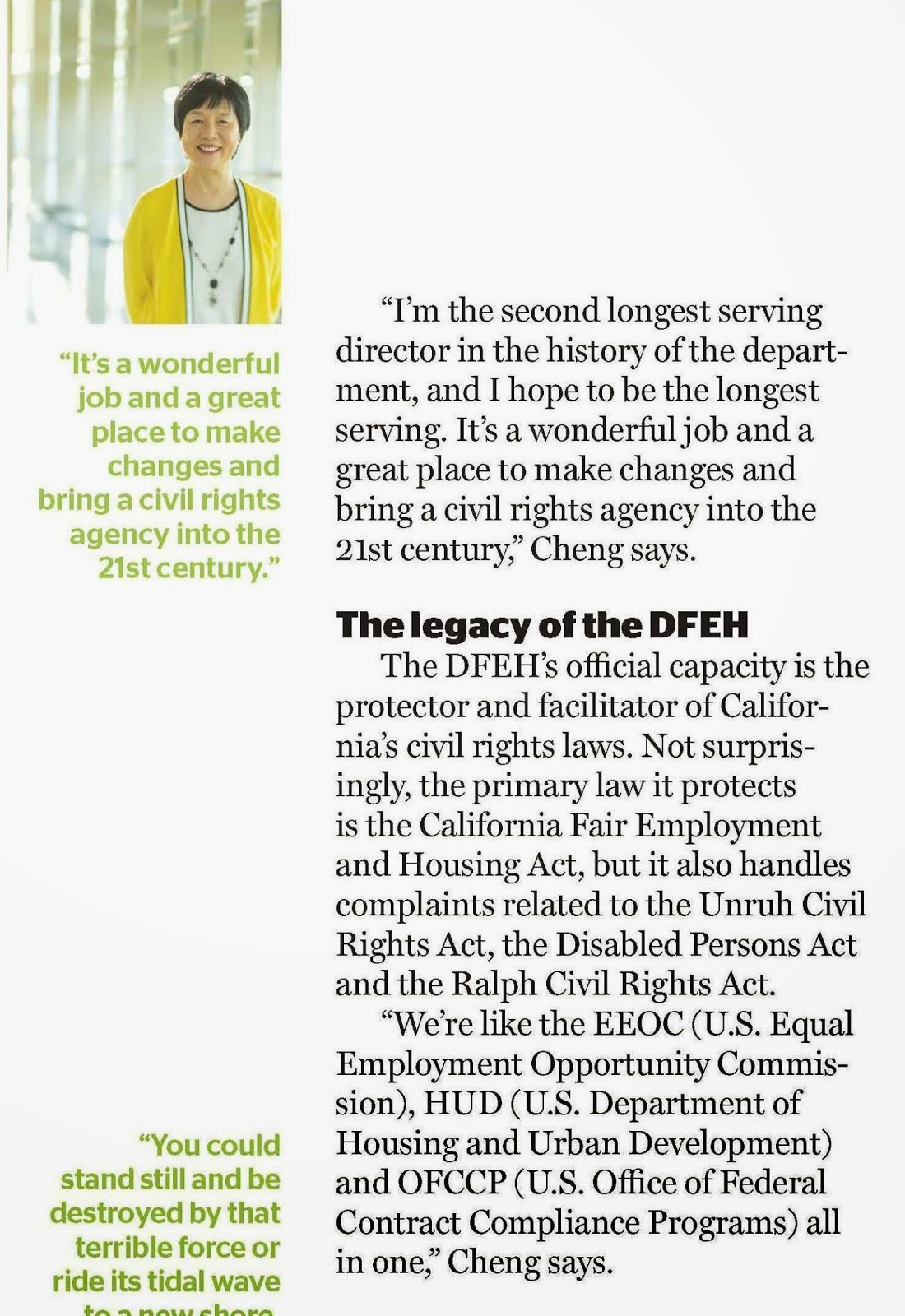 Successful Lawsuit v Law School Admission Council
Ms. Cheng successfully settled a lawsuit against LSAC.
A multimillion-dollar settlement levels the playing field for individuals with disabilities in law school admissions and provides for compensation to victims of discrimination and changes in LSAC’s policies or practices.

On May 29, 2014, United States District Court Judge Edward M. Chen entered a Permanent Injunction forever banning LSAC from annotating or "flagging" the LSAT scores of test takers who took the examination with the accommodation of additional test time. In the past, LSAC had reported the scores of those test takers and identified that the test taker was an individual with a disability, that the test had been taken under non standard conditions and that the test scores had to be viewed with great sensitivity. In addition the Judge today gave court approval to the 61-page Consent Decree with extensive provisions and revisions to LSAC's practices regarding testing accommodations and which provides for $8.73 million in monetary relief.

The success of the lawsuit could provide a level playing filed for individuals with disabilities to apply for law school admission.


Goofy For Healthcare is the First Dog Representing Doctors and Patients.
https://twitter.com/GoofyBarksFor
https://www.facebook.com/GoofyForHealthcare

Resignations from California Medical Board

Posted by Goofy For Healthcare at 11:14 AM